In the wake of her father's death, Ash is left at the mercy of her cruel stepmother. Consumed with grief, her only joy comes by the light of the dying hearth fire, rereading the fairy tales her mother once told her. In her dreams, someday the fairies will steal her away, as they are said to do. When she meets the dark and dangerous fairy Sidhean, she believes that her wish may be granted.

The day that Ash meets Kaisa, the King's Huntress, her heart begins to change. Instead of chasing fairies, Ash learns to hunt with Kaisa. Though their friendship is as delicate as a new bloom, it reawakens Ash's capacity for love-and her desire to live. But Sidhean has already claimed Ash for his own, and she must make a choice between fairy tale dreams and true love.

Entrancing, empowering, and romantic, Ash is about the connection between life and love, and solitude and death, where transformation can come from even the deepest grief.
- Goodreads.com

I am a beloved fan of fairytale retellings. It could be the happy endings that are bound to ensue, or the fact that even lowly maidens find their prince charming, there is just something about a fairytale that gives me the light and fluffy delusional feelings of rushing endorphins. Despite being an avid fairytale reader, I did have some apprehension about reading Ash. Mostly the cover, it is somewhat childish, like something I would read as a bedtime story to a ten year old. Not that it’s not pretty, but I just don’t feel it captivates the story within. I would have skipped over this book normally, as it looks aimed to a younger audience, but I'm glad that I happened to pick it up.


If you didn’t already know, Ash is a retelling of Cinderella. While the author sticks to a similar baseline as the original, there are definitely some events that are new in this version.  The story starts off with Ash/Aisling’s mother passing away, with her father remarrying soon after. Like the original story, her father soon passes away leaving Ash with an ‘evil’ Stepmother and two stepsisters


“You are nothing more than a lowly country girl, who believes in archaic superstitions. You’ll never become more than that Aisling. Never” 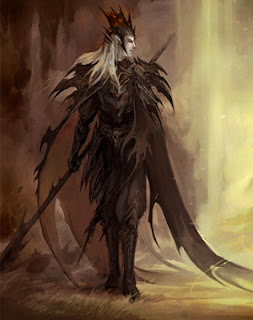 Despite these unfortunate events Ash is able to seek solace in Sidhean, a fairy she has befriended. This is where the book starts to veer away from the original tale, Sidhean the fairy is an unusual character, who comes off as seductive, but also very dangerous. Throughout the book there is this sexual tension between him and Ash, which grows more with their friendship, and when Aisling (who in this story does not have a Fairy Godmother) wishes to go to the ball, Sidhean gladly accepts her request...but for a price.


“He reached for her hand, brought it to his lips, and he kissed her knuckles. She felt lightheaded then, as if she had drunk a very great deal of wine, and if he had not caught her she would have stumbled. But he held her steady and answered ‘There is a price for everything, Aisling’”


For me the imagery in this book leapt off the page. Malinda Lo has a great way of writing description without overdoing it with lengthy pages. The forest scenes were so vivid in my mind, and I could picture everything unfolding as it happened. At times though I felt the dialogue could have been written better, as it didn’t always flow nicely.


The part that I enjoyed most in the book, were the many unique and unknown fairytales thrown in and told by various characters. The stories were tales from their culture,  about the fairies that use to freely inhabit the land and the humans who fell in love with them, or ventured too far into the forest and stepped into to fairy ring never to be seen again and babies who were stolen to the fairy kingdom.


Overall I completely enjoyed this retelling of Cinderella. I can understand why there were some who were unhappy that it wasn’t completely faithful to the original, especially in regards to whom Ash/Aisling ends up with. And although I wished she ended up with the other potential love interest, I can’t say I’m unhappy with the end, because like all good fairy tales, there was a Happy Ever After.

Posted by Elle (Lost in Wonderland) at 15:33
Email ThisBlogThis!Share to TwitterShare to FacebookShare to Pinterest